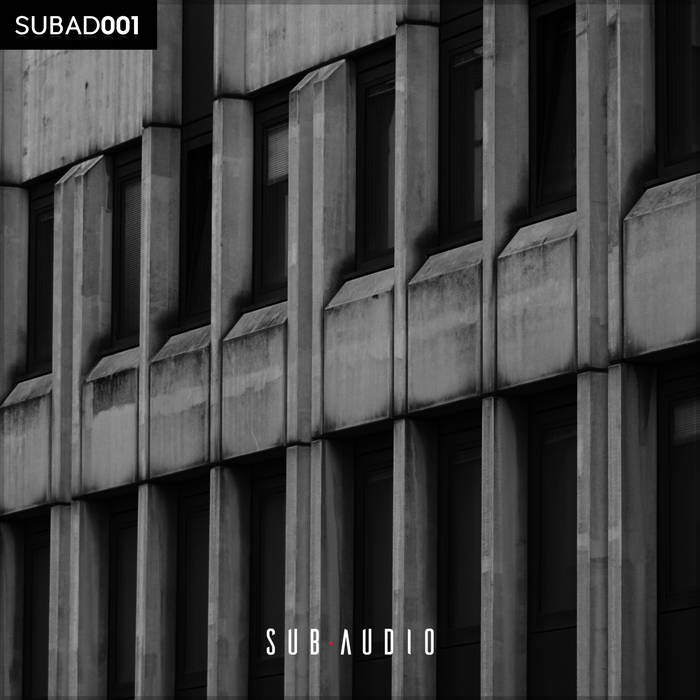 A monumental display of Austrian version business - six remixes, based on the label’s debut vinyl. All the music was sourced locally for this release - in an effort to support and spotlight the scene’s most talented artists. Established in late 2016, the rising Austrian imprint has already received support by the likes of FatKidOnFire, Infernal Sounds and KeepDeep as well as White Label Magazine, SeekSickSound and more with its first vinyl release by Gnischrew and an array of high-quality freebies.

Catalogued as ‘SUBAD001’ - the compilation is a stellar display of cohesive material, presented in a stylistically unique amalgamation. Starting off with DMG’s spin on the original - the listener is thrown into a vortex of skillful bassline excursions and a sense of Grime-infused aggression. Following up on his soundsystem-oriented style of delivering weight, Raptix emerges with loose, even playful excellence through his creative take on ‘Transmission Failure’, basking in prodigious space. DubApe, established Austrian Dubstep producer with releases on FKOF, Bacon Dubs & Mainframe Rec. under his belt - has delivered a gargantuan version, holding true to the original arrangement and showing off his clear proficiency in setting dancefloors on fire around the world. As the only ‘Fluid Foundation’ version - Dubnius’ remix sets a different tone - effortlessly flowing sub movement with a minimalistic, infectious groove. Complementing the otherwise more Dubstep-influenced release, core crew member Linguist’s remix batters the listener’s expectation with a no-holds-barred drum and bass interpretation, akin to the original old school soundscapes. Concluding this diverse demonstration of Austrian bass music, the renowned studio mastermind behind Dubblestandart took the concept of remixing back to its roots - executing an immaculate live dub mix, aided by a full-size SSL console and his trusty analogue Space-Echo.

With support from the likes of FatKidOnFire, Shu, ARtroniks and Sepia among others - this assembly of vibes is sure to cause a disruption in the scene. Making it known, there is indeed a vibrant and growing scene transcending national borders, containing a subconscious message of love for bass and unity for all.

Bandcamp Daily  your guide to the world of Bandcamp

YUNGMORPHEUS introduces his latest project, plus jams from Michael Sneed and Navy Blue